Cardi B is receiving backlash after she offended fans with her latest photo shoot for the cover of Footwear News. The photo shows the “W.A.P.” rapper in a strapless red gown with eight extra arms as portrayal of the Hindu goddess Durga.

Many Hindu fans took to Twitter to express their thoughts calling her photo as offensive and disrespectful and a way of mocking their culture.

Cardi immediately addressed the issue by taking to her Instagram Stories this week. She said in a video, “When I did the Reebok shoot, the creatives were telling me, ‘You’re going to represent a goddess. She represents strength, femininity, and liberation,’ and that’s something that I love and that I’m all about and I thought that it was dope.”

She mentioned that she received negative feedback since the release of the magazine’s cover and apologized for hurting those affected.

She explained, “If people think I’m offending their culture or their religion, I want to say I’m sorry. That was not my intent. I do not like disrespecting nobody’s religion. I wouldn’t like people to offend my religion… I wasn’t trying to be disrespectful. Maybe I should have done my research and I’m sorry. I can’t change the past but I’m gonna do more research for the future.”

The magazine shared, “Yesterday we posted content from our exclusive Cardi B cover shoot. One of the images was intended to pay homage to Hindu goddess Durga, and our intent was to show a powerful woman. However, we realize we were not considerate of certain cultural and religious perspectives and how this could be perceived as deeply offensive. We take full accountability for this oversight and we apologize. It is important we learn from this example and are sensitive to this sort of religious imagery when creative discussions are taking place in the future. Today, we’re releasing another cover from the shoot that was a subscriber exclusive.”

In this exclusive cover story, the rapper shared about her experiences with regard to facing online criticism.

She shared, “It’s hard. There’s a lot that I want to keep to myself when it comes to my personal life, but sometimes people get an inch of my personal life and they start with the rumors. I feel like I’m going to shut it down and address it. That’s always been my issue.” 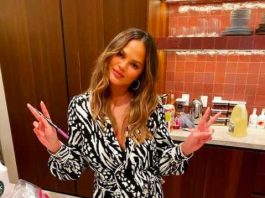 These Celebs Admit Getting Botox, Liposuction, and More 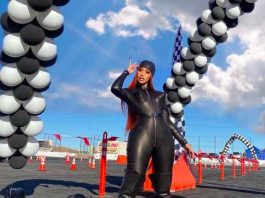 Cardi B is Billboard’s Woman of the Year and She Proves... 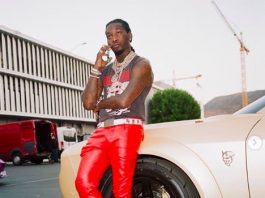 Offset Detained and Released by BHPD, Thanks Fans for Support