Rebel Wilson has a reason to celebrate!

The Pitch Perfect star has reached her goal one month earlier. She referred to 2020 as her “Year of Health” and finally achieved her goal weight with a month to spare.

She took to Instagram to share the good news. Last weekend she shared on her Instagram Story, “Hit my goal with one month to spare! Even though it’s not about a weight number, it’s about being healthy, I needed a tangible measurement to have as a goal and that was 75 kg’s.”

Wilson mentioned in May that her goal was to reach 75 kilos or approximately 165 pounds. She kept her fans updated about her progress so it wasn’t a surprise that she also wanted to share with them her success. She also wrote that she’ll be sharing more about her weight loss journey in a few days when she’s back in the U.S.

She wrote, “I wanna go live on Insta on Tuesday night when I’m back in US to share stuff with you guys and thank everyone for their support. Sooo until then…6p NYC time.”

During her interview on The Drew Barrymore Show this November, she revealed that she already lost 40 pounds. She said she’s loving her curves but she doesn’t want to be too skinny. She added that she also feels healthier now.

Wilson shared, “For the last few years I’ve been theme-ing my years. So I had the Year of Fun, last year I had the Year of Love, and this year it’s gonna be the Year of Health because I turned 40 this year in March. I never really focused on my health, which was probably obvious. I was going all around the world jet-setting everywhere and eating a ton of sugar. That was kind of my vice. I have a very sweet tooth, I love desserts.”

She continued, “I think what I really suffered from was emotional eating and dealing with the stress of becoming famous internationally. There is a lot of stress that comes with it and I guess my way of dealing with it was just eating donuts. So I was working on the mental side of things — why was I not doing that? Why was I not valuing myself and having better self-worth? And then on the nutritional side, my diet was mainly all carbs. It was delicious, but for my body type, I needed to eat a lot more protein.”

You can tune in on Rebel Wilson’s Instagram Live on Tuesday for more. 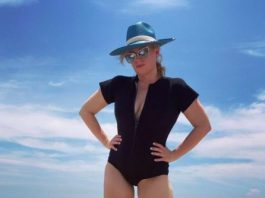 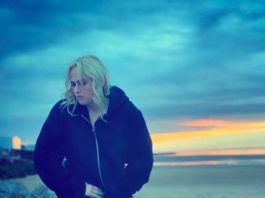 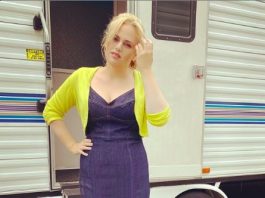