Rihanna and A$AP Rocky have been sparking romance rumors for the last few months and they could be taking the next step in their romantic relationship, in addition to confirming their romance.

The 32-year-old Harlem rapper was photographed on Tuesday, December 22, when he arrived after taking a commercial flight at an airport in Barbados, Rihanna’s home country. The “Umbrella” singer has a beachfront property in the said location. This fueled speculations that they are dating and of course, will be spending the holidays together.

Meanwhile, the 32-year-old singer herself already traveled to Barbados last week and was photographed departing from a private jet.

Rihanna and Rocky have never been photographed by the paparazzi in the Caribbean nation before. What many don’t know is that the two are longtime friends. They’ve worked together before and have been rumors to be romantically involved for several times already over the years.

However, they walked the red carpet together last December during the Fashion Awards in London which fueled new speculations that they’re dating. In January, the two were also photographed together backstage during the 2020 Yams Day Benefit Concert held in New York City. Further, news broke out that Rihanna and Hassan Jameel, a Saudi businessman she’s been dating for over two years, already split.

Once again, they sparked romance rumors when they were spotted together at the Nice Guy Restaurant located in West Hollywood, California in February. Not only that but when Rihanna launched her Fenty Skin campaign in July, she also featured the rapper.

Fans were beginning to think there’s something going on between them especially when they were seen hanging out with their friends in November at the Beatrice Inn in New York City. Further, the two were spotted walking together in the city a few days later.

That time, an insider told E! News, “They have been staying at Rihanna’s and laying low not doing much. They came out for an evening walk and strolled around the neighborhood. It was cold and dark and they didn’t go far. They just walked for a bit and were chatting. Then they went back home.”

As reported earlier, Selena Gomez sparked romance rumors with Jimmy Butler, Miami Heat basketball player after they were seen having dinner together as reported by Miami Herald 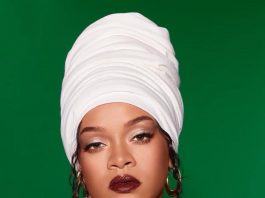 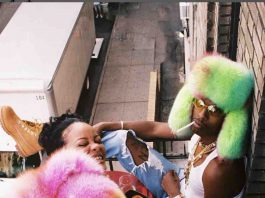 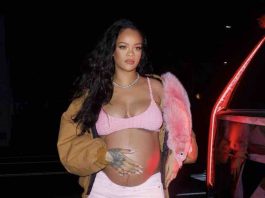