Taylor Swift officially dropped the new version of her hit song, “Love Story”, on Friday, February 12. The song is part of her highly-anticipated and soon to be released version of her album Fearless.

The re-recorded song remains true to its original version and can now be downloaded by fans on Spotify and Apply Music. A lyric video was also shared via YouTube featuring some throwback footage and photos of Swift together with her fans. In December, she debuted a clip from the song for a commercial for Match which was made by her friend Ryan Reynolds.

Swift celebrated the release of her re-recorded hit song by posting a pic on Instagram where she’s seen playing the piano and her blond hair flying. Her caption read, “My new version of Love Story (Taylor’s Version) is out now. Get it instantly when you pre-order Fearless (Taylor’s Version).”

The multi-awarded singer first teased about Fearless arriving on February 11 together with a letter to her fans on social media.

She shared, “When I think back on the Fearless album and all that you turned into, a completely involuntary smile creeps across my face. This was the musical era in which so many inside jokes were created between us, so many hugs exchanged and hands touched, so many unbreakable bonds formed.”

The singer also confirmed that they added six new songs in the new version of Fearless. She said, “This process has been more fulfilling and emotional that I could have imagined and has made me even more determined to re-record all my music. I hope you’ll like this first outing as much as I liked travelling back in time to recreate it.”

Meanwhile, Swift hinted in her website that her album will be released on April 9, 2021. She also promised to re-record her 2019 albums after Scooter Braun bought her former record company, Big Machine Label Group. Braun is the manager of Ariana Grande, Justin Bieber, and formerly of Kanye West.

Swift accused Braun of relentless bullying and after knowing that he has absolute control over her master recordings. In November 2020, Braun sold Big Machine including Swift’s masters, to Shamrock Holding for $300 million.

The singer decided to re-record all her albums prior to Lover in 2020. This means that Swift’s new version of “Love Story” is only the first among her hit songs from the past which will be re-recorded. 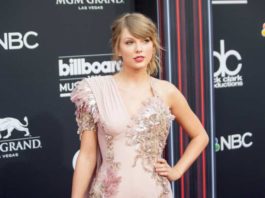 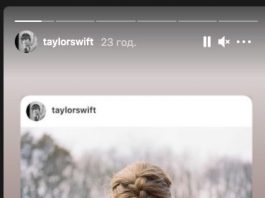 Taylor Swift Has a Second Album in 2020