In 2018, Demi Lovato suffered from a fatal overdose that almost killed her. For the first time ever, the singer revealed that during that time she suffered three strokes and a heart attack.

The 28-year-old singer made this revelation and more in a soon-to-be-released documentary about her life. Demi Lovato: Dancing With the Devil will premiere on March 23 on YouTube. On Wednesday, February 17, they already released a trailer of the said documentary which also featured an excerpt from the singer’s new song by the same name.

In July 2018, the singer was found unconscious at her Los Angeles home after suffering from an overdose. Lovato is known for battling drug and alcohol addiction for years and that time, she stayed in the hospital for two weeks before having treatment at a rehab facility. She also went to a sober living facility for several months.

Based on the trailer, the pop star mentioned, “I had three strokes. I had a heart attack. My doctors said that I had five to 10 more minutes.”

The former Disney star added, “I crossed a line that I had never crossed.”

Meanwhile, her friend, actor Matthew Scott Montgomery was shown saying, “Are we talking about heroin? Are we doing that?”

During that life-changing incident in 2018, paramedics came to her home after a 911 call regarding her overdose. They then initially treated her at her home by giving her an opioid antidote Narcan. It was never revealed to the public the specific drug or substances which Lovato took that led to her overdose.

The Demi Lovato: Dancing With the Devil trailer also featured the singer on a hospital bed with an IV hooked up on her. Meanwhile, her mom Dianna De La Garza said, “We’re watching all of her blood come out of her body into a machine.” On the other hand, Montgomery said that Lovato couldn’t see anything.

In the trailer, Lovato added, “I’ve had so much to say over the past two years wanting to set the record straight about what it was that happened. I’ve had a lot of lives. Like my cat, you know? I’m on my ninth life.”

Be sure to tune in on YouTube and watch Demi Lovato: Dancing With the Devil for more revelations about the singer’s life. 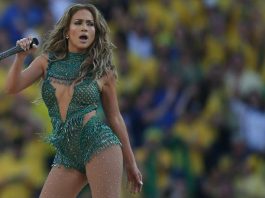 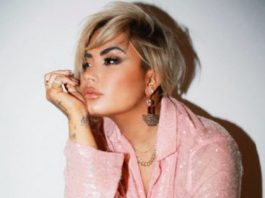 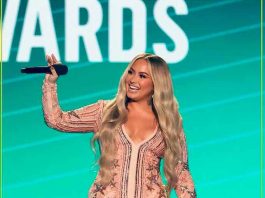 These Stars Change Their Looks for the People’s Choice Awards