Queen Elizabeth II and Prince Philip fostered a love that conquered the years.

It was a bittersweet farewell for the 94-year-old Queen Elizabeth II, as she accompanied her husband of 73 years for the last time, leaving him a heartfelt letter as her goodbye. The ceremony was held on a Saturday at St. George’s Chapel at Windsor Castle.

A wreath and a handwritten letter from the queen were prominently seen on top of Prince Philip’s coffin as a loving gesture from the queen. This includes her stationary and a personal message. Married in 1947, the couple was widely known for showing their irrepressible affection through love letters over the course of their relationship. It started when Elizabeth was 13 years old. Over the years, their romance continuously grew until the day of Philip’s death.

The British monarch, who will be celebrating her 95th birthday next week, wore a simple black coat dress, adorned with strands of pearls, for the ceremony. She also wore her diamond-covered Queen Mary’s Richmond brooch, an heirloom from her grandmother, along with a black-and-white face mask for COVID-19 protocols.

An image is circulating online, where the queen is seen sitting alone inside the St. George’s Chapel while other family members sat separately to follow the guidelines for COVID-19. This struck the hearts of many people, feeling how much love the queen has for her late partner.

To bid goodbye to the beloved prince, members of the royal family who attended were Prince Charles, Prince William, Prince Harry, Camila, Duchess of Cornwall, Kate Middleton, and others as well. Prince Philip passed away at the age of 99 on April 9, leaving behind four children, along with several grandchildren and great-grandchildren.

Only 30 people were accommodated for the intimate ceremony. Prince Philip made his own funeral plans before his death, wanting the close ambiance of a small gathering instead of a state funeral, being the queen’s consort entitled him for such arrangements.

The televised funeral featured the Prince’s coffin carried in a custom Land Rover, which the Duke himself took part in designing. Among those who participated in the procession were Charles, Princess Anne, Prince Andrew, Prince Edward, Prince Harry, and Prince William. 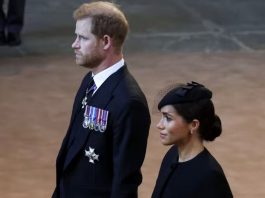 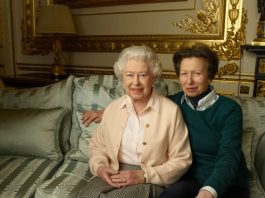 Here’s How Princess Anne Made History 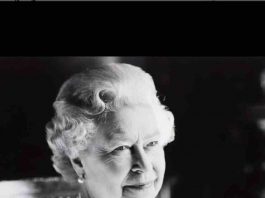