JoJo Siwa hosted a party in her Los Angeles home on Wednesday, June 2 but police and paramedics were called to her residence after they received a call regarding a medical emergency.

A spokesperson of the Los Angeles Fire Department told E! News that on the evening of June 2, they responded to a medical call from JoJo’s house about a man who’s around 30 years old. The spokesperson added that the man was immediately taken to a local hospitality. However, they didn’t mention anything about his identity or condition.

On the other hand, TMZ reported that paramedics and the police responded immediately to a call regarding an approximately 30-year-old man who possible had an LSD overdose at JoJo’s party which was held in her mansion in Tarzana in San Fernando Valley.

Meanwhile, a spokesperson from the Los Angeles Police Department confirmed with E! News that cops responded to a medical emergency at the influencer’s house but they didn’t provide further details regarding the incident. Further, no arrests were made.

The Dance Moms alum shared videos of her party earlier that day on her Instagram Story. The venue had rainbow décor and included a bounce house and candy buffet. There were several influencers present at the party, too.

A day before her party, JoJo shared a video message on her Instagram to welcome and celebrate Pride Month. She posted, “I am so excited to celebrate Pride with all of you! Everyone was so supportive of my own journey this year. It has been the best ever. Finding true love and also just being part of a community that is so happy and so loving and so accepting. It just feels like the best thing ever and I am the happiest that I have literally ever been.”

JoJo came out last January and she had been very open about her relationship with girlfriend Kylie Prew who even shared a sweet birthday tribute to the celeb on her 18th birthday recently. 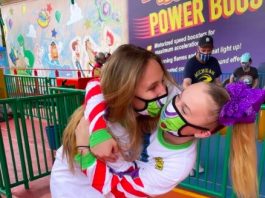 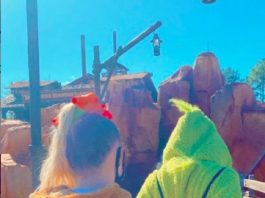 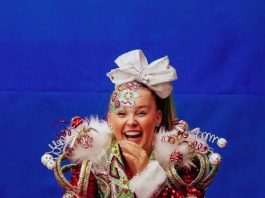 JoJo Siwa Has a Girlfriend