The fourth of July calls for a celebration of independence, but for some, it is a call for celebrating the very moment when they vowed and chained themselves to the person whom they have chosen to spend the rest of their lives. Even celebrities made a toast for the anniversary of America’s independence and their own.

Here are some of them:

Julia Roberts (53) went onto Instagram and posted a never-before-seen photo of herself and her fifty-two-year-old husband Daniel Moder as they celebrate their nineteenth wedding anniversary. The Pretty Woman star and the American cinematographer tied the knot on Roberts’ home in New Mexico back in 2002 and has been parenting their three kids.

The same goes for the British duo David and Victoria Beckham who may not be celebrating the American holiday but are surely celebrating their wedding anniversary after twenty-two years of marriage. The 46-year-old professional football player married the 47-year-old fashion designer and former member of Spice Girls in 1999 in a castle outside Dublin.

Mila Kunis and Ashton Kutcher also celebrated their anniversary on the fourth of July. The comedic couple in That 70’s Show became a real-life couple when they decided to tie the knot in 2015. Kunis (37) then became the second wife of Kutcher (43) being previously married to actress Demi Moore. Presently, the couple is happily parenting their two kids.

The Real Housewives of Beverly Hills Teddi Mellencamp (40) also celebrated her anniversary with her husband Edwin Arroyave (44). Mellencamp shared on Instagram a photo of her and Arroyave where she expressed her love and gratitude for him and for what they have together. She also added how she has never taken their love for granted. The couple tied the knot in 2011.

Other celebrities who also celebrated their anniversaries on the fourth of July include Ozzy and Sharon Osbourne. The former British frontman of Black Sabbath married Sharon who happens to be his manager’s daughter back in 1982. Tom Hardy and wife for seven years Charlotte Riley celebrated their anniversary on July fourth, the same with Tina Turner and Erwin Branch, as well as Billy Joel and Alexis Roderick. 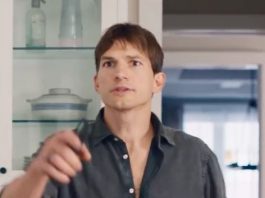 Here’s Why Ashton Kutcher Won’t Be Flying to Space

Mila Kunis Told Ashton Kutcher Not to Invest in These Companies

Celebs Who Celebrate International Day of the Girl by Raising Awareness