Khloe Kardashian recently found herself caught between her two exes after Tristan Thompson and Lamar Odom fought over the reality star in the comments section of her Instagram post on Friday, July 9. The post featured Khloe wearing a sexy bikini while taking an outdoor shower.

So how did she feel about it? An insider shared with E! News, “Khloe thinks the IG comments from Lamar and Tristan were childish. She hates they were publicly acting like that, but also had a laugh.”

The 30-year-old basketball player and the Good American co-founder broke up last month but he continues to show his love for her in public. He posted two heart emojis and two drooling emojis on the reality star’s comments section.

Tristan fired back at him by commenting, “@lamarodom God brought you back the first time. Play if you want, different results.”

Many who’ve read his comment believed he was referencing to the time when Lamar had a nearly fatal overdose in 2015 after taking drugs and alcohol. He suffered from a coma and after being hospitalized, he was taken to a private rehab center in California.

Meanwhile, the insider explained that, “Tristan has been desperately trying to win back Khloe. He truly loves her and wants to be with her. He hates that it couldn’t work out and has been trying really hard to make her happy.”

However, Khloe is far from reconciling with the basketball star. Presently, she’s more focused on co-parenting their three-year-old daughter, True Thompson.

The source said, “Khloe is done with him romantically but they still talk every day and see each other often. They have to communicate because of True and Khloe doesn’t want any stress or tension added to her life. She keeps it cordial, but is not taking him back.”

Another source shared the same views saying that Tristan is exerting efforts to win her back but despite their “healthy relationship”, the reality star in no longer interested in rekindling their romance.

The source shared recently, “They had been working through the cheating rumors for the last couple of weeks, but Khloe told Tristan he lost all of her trust and the relationship could not be repaired. Khloe really tried, but ultimately, felt too betrayed by him. She’s done and says she will not go back.” 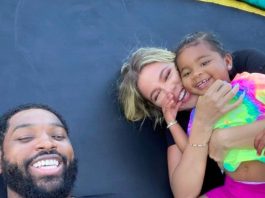 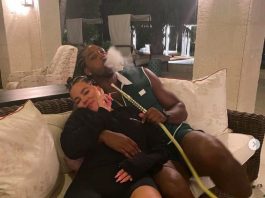 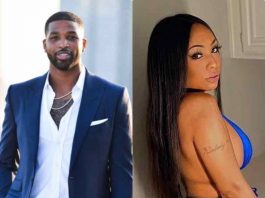