Chrissy Teigen shared on Instagram on July 14 that she has learned a lot about cancel culture.

The 35-year-old cookbook author wrote, “Iiiii don’t really know what to say here…just feels so weird to pretend nothing happened in this online world but feel like utter s–t in real life. Going outside sucks and doesn’t feel right, being at home alone with my mind makes my depressed head race.”

Last May, she apologized to Courtney Stodden after posting an offensive tweet in 2011. According to her, she felt “ashamed and completely embarrassed” about how she behaved back then. She took a month break from social media and in June, she reflected on her actions by writing, “Not a day, not a single moment has passed where I haven’t felt the crushing weight of regret for the things I’ve said in the past.”

Based on her latest post, the former model admitted, that the way “I’m handling this now isn’t the right answer.” This helped her decide to be more candid about the mental health challenges she has been facing, writing, “I feel lost and need to find my place again,I need to snap out of this, I desperately wanna communicate with you guys instead of pretending everything is okay. I’m not used to any other way!!”

She reflected, “Cancel club is a fascinating thing. Only a few understand it and it’s impossible to know til you’re in it.” She added that it’s hard for her to talk about what she’s experiencing without sounding “whiney” especially after doing something wrong.

She shared with her 34 million followers, “It just sucks. There is no winning. All I know is I love you guys, I miss you guys, and I just needed an honest moment with you because I’m just…tired of being sick with myself all day.”

According to her, she’s ready to “get brutally picked apart” adding she “can’t do this silent s–t anymore!”

Designer Michael Costello also threw bullying allegations against her after accusing him og being a racist in 2014. He shared on Instagram, “She told me that my career was over and that all my doors will be shut from there on.” This caused him to feel “traumatized, depressed and have thoughts of suicide.”

He posted unverified screenshots of their alleged Instagram DMs to which Chrissy’s team claimed were fake.

She eventually addressed Michael directly by tweeting on June 18, “you are now causing actual pain to people who are trying to better themselves. Enough. Or this WILL go further. Not here, but an actual court of law. And every dime we win will go to an anti bullying charity focused on turning this s–t show into a positive.”

Her husband, John Legend, also supported her by tweeting, “Chrissy apologized for her public tweets, but after her apology, Mr. Costello fabricated a DM exchange between them. This exchange was made up, completely fake, never happened.”

He added, “I encourage everyone who breathlessly spread this lie to keep the same energy when they correct the record.” 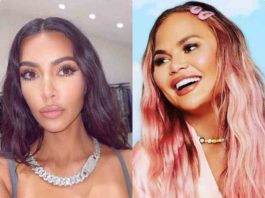 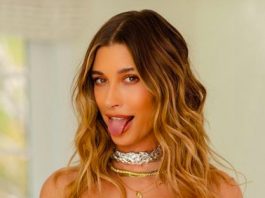 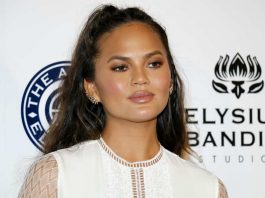