The 38-year-old reality star and the 20-year-old model ended their relationship after 11 months of dating. A source told Us Weekly that Hamlin was the one who put an end to their relationship. Another insider told the outlet that they’re both taking it in stride.

The breakup news came only about a week after Scott’s private messages about his ex and mother of his kids, Kourtney Kardashian, were made public by Younes Bendjima, another ex of the Poosh founder.

The alleged DM which the model took a screenshot of and posted online read, “Yo is this chick ok!???? Broooo like what is this. In the middle of Italy.” He also sent a photo of Kourtney and her boyfriend Travis Barker packing on the PDA.

At first, Amelia came to his defense after posting a cryptic message on her Instagram Story which read, “Never settle for less. Not with your job, your friends, and especially not with your heart. Continue to seek what you are looking for and do not shrink yourself for the sake of other people. You deserve the best.”

However, their relationship apparently lost its spark. Reports spread on the internet on Monday that the couple’s relationship was on the rocks after Amelia posted a photo of herself wearing a shirt that read, “Don’t you have a girlfriend?”

Meanwhile, a source told People that the former couple was already having issues. The insider revealed, “Scott and Amelia are going through a rocky patch. It’s partly because of the Kourtney [Instagram DM] drama but also just ‘Scott being Scott.’ They’re not fully over yet, but Amelia isn’t happy with him.”

The insider added that the two didn’t celebrate Labor Day together, adding, “Everything seemed fine last weekend and then all of a sudden, they seem to be having issues. They are on the East Coast separately and didn’t leave Los Angeles together.”

Scott and Amelia have an 18-year-age difference. They first sparked romance rumors in October 2020 when they attended Kylie Jenner’s birthday bash. They made their relationship official on Valentine’s Day.

Meanwhile, Scott dated Kourtney from 2005 to 2015 and had three children together namely Mason, 11, Penelope, 9, and Reign, 6. He was also in a relationship with Sofia Richie for three years following his breakup with the reality star. 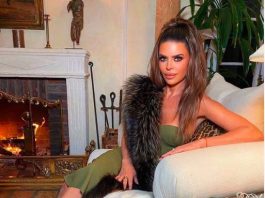