Britney Spears did it again!

The pop star took to Instagram on Monday, October 25, to express how her family had hurt her deeper than they’ll ever know. She wrote, “Don’t you find it weird when you jump through hoops to organize trips or set up lunch dates with people you love only to know they’ll bail on you or leave after 10 minutes???”

She added, “OK I get it… they’re only available to me when it’s convenient for them… well I’m no longer available to any of them now!!! I don’t mind being alone… and actually I’m tired of being this understanding Mother Teresa… if you’re rude to me then I’m done… peace out!!!”

She concluded, “I’m only 5’4″ and I’ve played the bigger person my entire life. Do you know how hard that is???”

Her father, Jamie Spears, established her conservatorship in 2008. After 13 years and with a new attorney, Mathew Rosengart, and fans who joined the #FreeBritney advocacy, the 69-year-old co-conservator got suspended on September 29.

The multi-awarded singer spoke in court in June and claimed that she was made to do things against her will including being forced into a mental facility and having an IUD contraceptive. She felt sad that her family didn’t do anything to protect her and said she wanted to “sue” them and have her dad charged with “conservatorship abuse”.

As far as her mom is concerned, Lynne Spears advocated for Britney’s wishes in court since 2019. On the other hand, her brother, Bryan Spears, considered the conservatorship a “good thing” based on a podcast interview in 2020.

However, it was Jamie Lynn Spears, her sister, who received public backlash, especially with her forthcoming memoir, “Things I Should Have Said”. The book was supposed to be called “I Must Confess” but fans noticed that the title was a lyric from Britney’s song. The singer herself noticed it and shaded her sister on social media.

The 30-year-old explained on Instagram in June, “Maybe I didn’t support her the way the public would like me to with a hashtag on a public platform. But I can assure you that I’ve supported my sister — long before there was a hashtag — and I’ll support her long after.”

Meanwhile, Britney is happily spending her days with her fiancée Sam Asghari. The next hearing regarding her conservatorship will be on November 12. 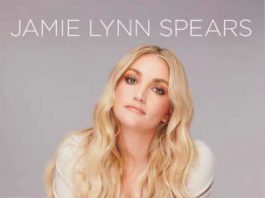 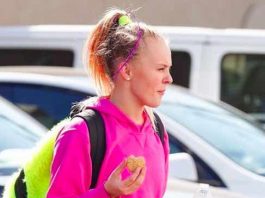 JoJo Siwa Claims She Relates to Britney Spears “on a Lot...