The COP26 is currently going on until the 12th of November and climate change is the highlight of the significant event. With the changing climate comes a lot of issues that reverberate not only to the environment we live in, but also the personal, political, and economic. It affects and will have deleterious effects on every life on the planet if no change is made- may it be on humans, the planet’s flora, or fauna.

Many who go vegan point to climate change as their main reason for their transition. Add to this the concern for social justice, animal welfare and health benefits. Check out these celebrities who follow a vegan lifestyle:

The Oscar award-winning actress from films like Black Swan, Star Wars, and The Other Boleyn Girl has been vegan for ten years now. Portman expresses that she values life and that veganism is ultimately tied to important women, environmental, and equality issues. Check out some vegan cooking by Natalie in this video.

Starring as Alina Starkov in Shadow and Bone, Netflix’s new fantasy show, this English-Chinese actress has been vegan since 2017. In her interview with Vogue about veganism, the actress shares that it was “the best decision of my life” and that the lifestyle change is mainly for environmental reasons and animal rights.

The Blink 182 drummer and Kourtney Kardashian’s fiancé has been vegan since 2008. After surviving a plane crash in that year, Barker decided to follow a vegan diet to help with his recovery.

For years now, Joaquin has been a campaigner for animal welfare and rights aside from being vegan. This Academy award-winning actor had been vegan since he was barely three, pointing out the unjust actions -the way fishes were caught and killed- he witnessed as a kid while his family was onboard a ship from Venezuela to Miami. Joaquin expressed that that upsetting incident made him go vegan.

The pop singer and actress has also been following a vegan lifestyle for eight years now. Grande shared on a Twitter post last November 2013 that she is going vegan, and she made the decision to do so because of her love for animals and the health benefits of veganism.

The Grammy award-winning American singer has been vegan since 2014. Before that, she was also vegetarian, so she says that transitioning to veganism did not prove to be difficult. Billie is also a passionate advocate of animal rights and has been named the Most Beautiful Vegan of 2021 by PETA.

This Riverdale star and board member of the Environmental Media Association, has been eating and living the vegan way since she was little. She shares with Elle that her family has always been environmentally-conscious, and this had a huge influence on her. Petsch, through her acting career and social media following, is actively advocating for an environmentally-friendly lifestyle. 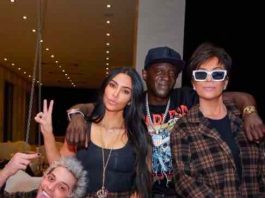 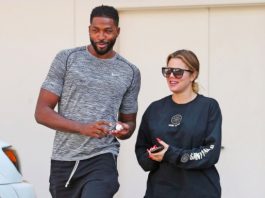 What’s Really Going on Between Khloe Kardashian and Tristan Thompson 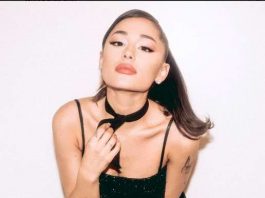 Ariana Grande and Cynthia Erivo to Star as Witches in Wicked...