Ariana Grande and Cynthia Erivo confirmed that they’ll be starring in the movie adaptation by Jon M. Chu of the famous musical, Wicked. The “thank u, next” singer will be portraying the role of the good witch Glinda while the Harriet actress will play Elphaba.

The singer shared on Instagram a photo of her Zoom call with her fellow actress and director and captioned it, “Thank Goodness”. She also posted the flowers Cynthia sent her which has a note attached to it that read, “‘Pink goes good with green.’ Congratulations Miss A, the part was made for you, I look forward to sharing this musical journey with you.”

Ariana also sent the actress a bouquet of white and green flowers with a note that said, “Dear Cynthia, honored doesn’t even begin to cover it. I cannot wait to hug you. See you in Oz.”

Cynthia also took to Instagram to share the good news with her followers. Her friends from Broadway sent their congratulations, too.

As for Ariana, her mom gushed about her latest achievement and commented on her girl’s page, “Bursting with pride!!!!!! Thank goodness.”

The production will begin next summer in the U.K.

The highly coveted roles of the dueling witches have been sought by many actresses including Amanda Seyfried and Anna Kendrick who recently advocated for themselves.

Amanda told Variety’s Award Circuit podcast in April that she had sent Jon a recording of “Popular” which she herself sang, hoping she’ll bag the role. She added, “I’ve never been more ready to hit those notes.”

She also mentioned she wanted to star alongside Samantha Barks, Les Misérables actress. She explained that time, “There’s nobody else like Samantha Barks… Samantha is my No. 1, I mean, there’s no better singer in the world I think.”

Amanda also said that her second choice for Elphaba is Anna Kendrick who obviously knows how to “sing the high notes”. Further, the Mamma Mia actress considered Anne Hathaway for the role, too.

Idina Menzel, who won a Tony for her Broadway portrayal of Elphaba in 2004, told Variety before, “I still think that I should be Elphaba and I should just show up, slap that green makeup on me and get some CGI and Benjamin Button the s–t out of that… I mean I love you, Ariana, but I still am relevant here.” 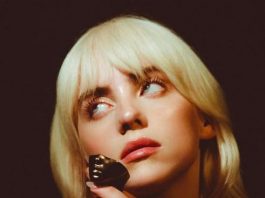 7 Celebrities You Didn’t Know are Vegan 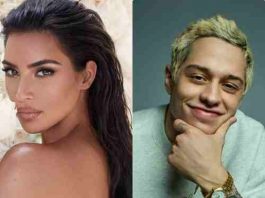 Kim Kardashian and Pete Davidson Have Dinner for the Second Time