December is one of the most exciting months on Netflix. Not only will we be able to watch plenty of holiday-themed movies, but there will also be a variety of different ones to binge! The streaming giant will be releasing new original shows and sequels of past shows in different genres, so you will experience the last month of 2021 with a bang. In this list, you can find five exciting movies that you can enjoy before and after Christmas, even all the way to the New Year!

This upcoming star-studded comedy film by Adam McKay will certainly make the Holiday season more enjoyable. With the apocalypse threat brought about by a humongous comet expected to bombard the planet, it is now up to the hands of an astronomy professor and student duo to give a global warning and make the world care about this terrifying nightmare. Will they succeed?

Don’t Look Up is available to stream on Netflix one day before Christmas (24th of December), featuring big actors and actresses such as Leonardo di Caprio, Jennifer Lawrence, Meryl Streep, and Timothee Chalamet.

Single All the Way

The story is all about Peter (played by Urie) who goes home for the holidays with Nick (played by Macfarlane), his best friend, pretending to be a romantic partner. However, things and romance don’t go exactly as planned, so it’s up to these best friends to sort things out.

Smile, fall in love, and stream Single All the Way on Netflix this December 2.

If you are done with all the cheesy Holiday-themed movies for now, stream this Thai horror movie about two siblings who stumbled upon a mysterious hole in their grandparents’ house. Containing ominous secrets, this hole will certainly change their world and send a sinister chill to your own. Prepare your weighted blankets and popcorn because The Whole Truth is available to stream on Netflix this December 2.

Sandra Bullock graces the screen once again in this heavy drama about crime, forgiveness, and societal norms. Ruth Slater, an ex-convict (played by Bullock), struggles to live a clean slate after being released from her jail sentence. Is a new life for someone with a tainted past even feasible? Or will society continue to be unforgiving? And can one never truly escape the violent shackles of their past? Find out and stream this December 10.

StarBeam: Beaming in the New Year

This new children’s animated movie is perfect to watch with your kids, or just with those who are young at heart. The film can be streamed on December 14 and revolves around superheroes and villains battling to save Summersette on New Year’s Eve. 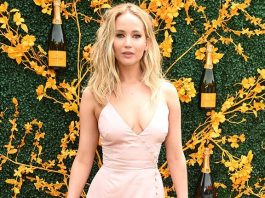 Jennifer Lawrence Shares How She Almost Died in Plane Crash 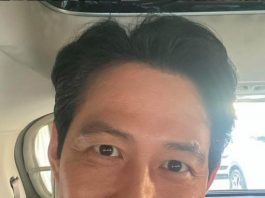