Jason Momoa is moving on after breaking up with Lisa Bonet after 16 years of togetherness.

The Aquaman star and actress Eiza González have been dating casually for two months now, a source close to her told E! News. In April, Jason attended the premier of Eiza’s film, Ambulance, in Los Angeles.

The insider shared, “She really likes him. She is very focused on her career right now. But everyone loves him and he is a fun guy to be around.”

The source also added that while the 42-year-old actor is busy filming the latest installment of the Fast & Furious franchise, Fast X, the two plan on seeing each other whenever they can. They previously starred on Hobbs & Shaw together.

News of Jason dating the 32-year-old actress came four months after he and Lisa announced they were “parting ways in marriage.”

They released a joint statement in January stating, “We have all felt the squeeze and changes of these transformational times… A revolution is unfolding ~and our family is of no exception… feeling and growing from the seismic shifts occurring. The love between us carries on, evolving in ways it wishes to be known and lived. We free each other to be who we are learning to become.”

A source told E! News at that time that the former couple had drifted apart, saying, “Jason is very focused on his career and wants to work. He has found success and it’s driving him and is very fulfilling. Lisa wants to be in L.A. and is not interested in going on location for long periods of time with him.”

Since the two separated ways, Jason remained close to their family. For instance, he showed his support for Zoë Kravitz, Lisa’s daughter with ex Lenny Kravitz, by attending the premier of The Batman. He told Entertainment Tonight, “We’re just so proud. Lisa couldn’t be here so we’re representing, me and the babies.”

In March, he sparked romance speculation after offering his jacket to Kate Beckinsale during Vanity Fair Oscars after-party. He clarified on Extra, “Have a conversation with a woman about her country, I was in England doing Aquaman 2. Everyone is like, ‘Are you dating?’ No, no, it was chivalry, the woman was cold. She is very nice, I was being very nice, just being a gentleman.” 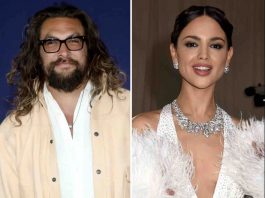 Jason Momoa and Eiza González are Back Together 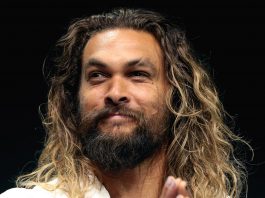 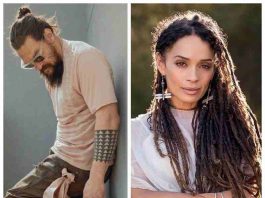