Sharna Burgess is setting the record straight once and for all.

The Dancing With the Stars pro spoke up amid the rumors regarding her living situation with boyfriend Brian Austin Green after fans found out she was looking for a new home.

Sharna and Brian are expecting a baby boy. On May 29, she shared on her Instagram Stories a video where she addressed that many fans have been “wildly asking me why Brian and I aren’t living together” while she’s searching for a new house.

According to her, the claims are “So insane. I sold my house because I made amazing money on it because the market is so incredible. And I’m buying a house because my mom is moving over here and I’m buying somewhere for her to live.”

She also explained that the Beverly Hills 90210 alum is helping her check out some properties. The 36-year-old dancer added, “First of all, is it not obvious that Brian and I live together? And what is so scary about buying a house that you don’t live in? I don’t get it.”

The couple made their pregnancy announcement in February by posting their maternity photos taken on a beach in Hawaii. Later on, she revealed the sex of their first baby together by sharing a photo of her baby bump on Instagram and captioned it, “And suddenly my world would never be the same. Forever greater, forever expanded and deeper. Forever abundant and unconditional. Baby Boy July 4th (ish) 2022.”

Sharna will be a first-time mom while Brian already has kids with his ex, Megan Fox, namely Noah, 9, Bodhi, 8, and Journey, 5 and Kassius, 20, with Vanessa Marcil.

Brian is recovering from ulcerative colitis which causes inflammation and ulcer in the large intestine’s inner lining while they’re still expecting their baby. According to the couple’s interview on Good Morning America earlier this month, the actor has already lost around 20 pounds. He also experienced being bedridden one time.

He said, “I am super thankful to have someone like her in my life. But I’m back now I’m feeling good. It was a terrible experience I’m glad it’s over.” 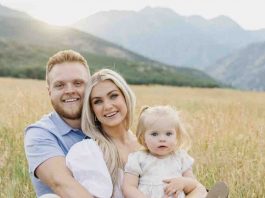 Lindsay Arnold and Sharna Burgess Not Joining DWTS for Now 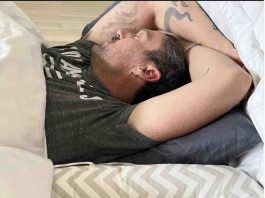 Here’s What Megan Fox Has to Say About Sharna Burgess and... 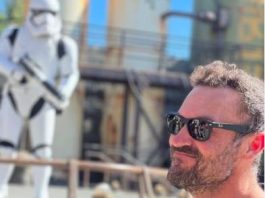