Nick Cannon and Brittany Bell are expecting another baby.

The 41-year-old “Wild ‘N Out” host shared on Wednesday, August 24, that he and the 34-year-old model are pregnant with their third child together. Meanwhile, this marks Cannon’s tenth child.

He took to Instagram to share a video montage featuring their maternity shoot and captioned it, “Time Stopped and This Happened. #Sunshine #SonRISE.”

He also shared some photos showing a topless Bell wearing a white skirt, revealing her bare baby bump. In another photo, she was sporting an unbuttoned coat and was also photographed wearing a matching pink crop top and matching pants.

Throughout the shoot, the two were captured talking and laughing. Cannon also concluded the post with snaps of their family, which includes their five-year-old son, Golden, and one-year-old daughter, Powerful.

Many of Cannon’s fans took to the comments section congratulated him. One user said, “Beautiful moments captured” while another said, “This is so beautiful.”

However, there are those who are in disbelief at this recent news. One Instagram user commented, “They all be smiling and so happy as if they the only one – SIS you have to wait for your scheduled time” while another one added, “I hope these women really just wanted children. Cause he’s already said he married once and is done.”

Others also took jab at Cannon with one social media user wrote, “One thing about nick he go take paternity pictures lol”. Another quipped, “Okay I know God said be fruitful and multiply, but damn Nick! Nah just fucking with you Congratulations bro… Shit!”

The pair welcomed their first child together in 2017 and three years later, they had their daughter. During this time, Cannon and his ex-wife Mariah Carey already have their twins, Moroccan and Monroe, who are now 11 years old.

In June 2021, Cannon and DJ Abby De La Rosa had their twin sons, Zion and Zillion, now 1. That same month, he and model Alyssa Scott welcomed their son, Zen, who passed away when has only five months old due to brain cancer.

Meanwhile, Cannon and Bre Tiesi had their first baby together in June and named him Legendary.

De La Rosa is also pregnant with her third child but she hasn’t confirmed Cannon’s paternity. 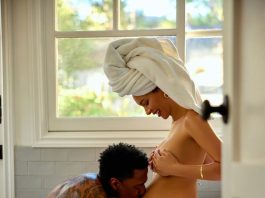 Alyssa Scott Reveals Nick Cannon is the Father of Her Second... 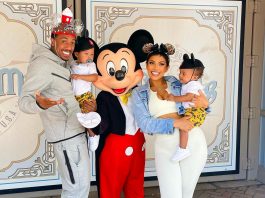 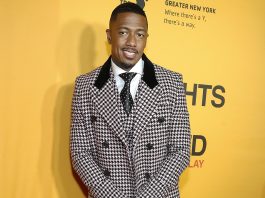 Nick Cannon Claims Moms of His Children Have No Problems with...