Jennifer Lopez is far from happy after an intimate moment during her wedding to Ben Affleck was leaked.

The couple tied the knot for the second time in Ben’s estate in Georgia on August 20. The “Marry Me” actress serenaded her husband with a special song and dance number during their wedding ceremony, based on a footage shared by TMZ. Once the footage was released, JLo took to social media to call out the guest who sold the said video.

She wrote in an Instagram comment posted on August 27 by @jw0rld, “This was taken without permission. Period. And whoever did it took advantage of our private moment. I don’t know where you all are getting it from bc we had NDAs and asked everyone to not share anything from our wedding. That is our choice to share.”

JLo made sure to keep fans up to date with her special day with husband Ben Affleck by sharing some photos of her wedding looks to her newsletter, OnTheJLO, which is where she shared her most memorable moments.

She continued, “Anything I put out private is OnTheJLO and it’s to share w my fans. Which I will do when I am ready to. This was stolen without our consent and sold for money. Thank you for caring I love you guys.”

The couple first tied the knot on July 16 in Las Vegas. That time, she also shared snaps from their nuptials in her newsletter for fans to see. She wrote in her newsletter on July 17, “Stick around long enough and maybe you’ll find the best moment of your life. In a drive through in Las Vegas at twelve thirty in the morning in the tunnel of love drive through, with your kids and the one you’ll spend forever with.”

On their second wedding ceremony, JLo made headlines by having not one but three bridal looks. She wore a custom Ralph Lauren Collection wedding dress which she paired with jewelry from Mikimoto during the ceremony.

For her second look, she had on a flapper-esque design look made of pearls and for the finale, she had on a revealing keyhole cutout dress with crystals and a removable veiled hood. 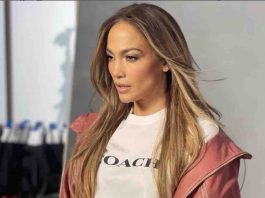 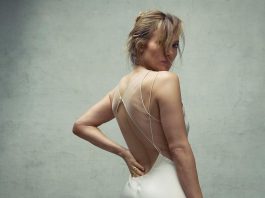 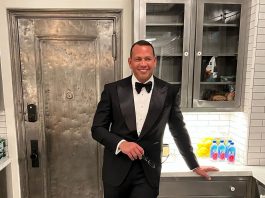