The 35-year-old actress Blake Lively and her husband, Ryan Reynolds, are expecting their fourth child together. The couple already shares daughters James, 7, Inez, 5, and Betty, 3.

The Gossip Girl alum debuted her baby bump when attending the Forbes Power Women’s Summit on September 15. During the event, she shared details on expanding their family. According to her, “I just like to create. Whether that’s baking or storytelling or businesses or humans, I just really like creating.”

The famous celebrity couple got married in 2012. They kept their children away from the public eye, however, they would still share stories about them and their lives as a family.

In May, Blake told Forbes, “Having children for me made me feel so much more in my skin. I never felt more myself or at ease in my own body or more confident—not to say that there aren’t a bevy of insecurities coming at me a million times a day, but I just feel incredibly settled.”

Just like other moms out there, she also receives “attitude” from her kids from time to time but she would always remind them that they have the coolest mom. Of course, she loves showing off her incredible Met Gala ensembles, too.

She told Vogue before, “When my kids are giving me attitude, I’m like, ‘This is your mom,’. I mean come on—I try to tell them that I’m real-life royalty and that they’re lucky that I’m raising them. They don’t buy it. They don’t believe it.”

The proud parents are definitely acing parenting but they still take time to make each other feel special.

If you’ve been following their relationship, you’ll know that having a great sense of humor is one of the secrets to their relationship. They love trolling each other online, especially during their special days and unforgettable milestones.

In 2016, Ryan shared on Twitter, “Being a father is the single greatest feeling on earth. Not including those wonderful years I spent without a child, of course.” 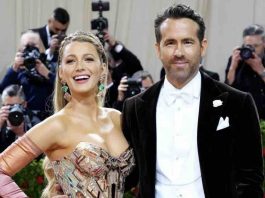 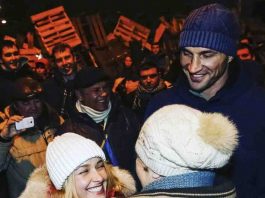 These Male Celebs are Standing with Ukraine 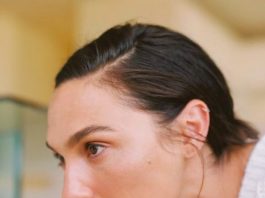