Gigi Hadid and Leonardo DiCaprio are the hottest rumored couple today. As they continue to make headlines, they’ve yet to inform the public of their relationship status.

An insider told E! News, “Leo has been asking mutual friends about Gigi and wants to get to know her. They have hung out several times and he is interested.” The insider emphasized that they’re not yet in an exclusive relationship.

The insider explained, “Gigi is having fun with it. She is not interested in anything serious.” The 27-year-old supermodel shares daughter Khai, 2, with former One Direction band member, Zayn Malik.

The romance rumors started after the two were spotted spending time together in New York City. According to Daily Mail, the two attended an event earlier this week at Casa Cipriani. Based on the photos, the 47-year-old Titanic star was wearing a black shirt and black baseball cap. On the other hand, Gigi wore a white crop top and baggy jeans.

Another source also told E! News that before this sighting, “Gigi and Leo have hung out multiple times and are into each other. Gigi thinks he’s a really cool guy..” The source added that they hangout before because they belong to the same social circles.

However, a source close to the couple also told Page Six recently that they’re moving to a more intimate phase of their relationship but they’re taking it slow. They’ve started going out on dates just the two of them. Another source told the outlet that the two are still “getting to know each other.”

Leo’s new romance came after he and long-time girlfriend Camila Morrone broke up last month after fours years of togetherness. They were first romantically linked after the actor was spotted leaving her Los Angeles home in December 2017. That month, they also spent the holidays together with Leo’s friend, Tobey Maguire his children.

They received backlash for their huge age gap. In December 2019, Camilla addressed the issue by telling the Los Angeles Times in December 2019, “There’s so many relationships in Hollywood—and in the history of the world—where people have large age gaps. I just think anyone should be able to date who they want to date.” 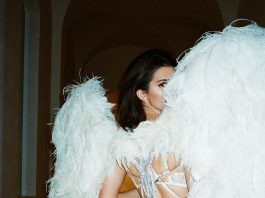 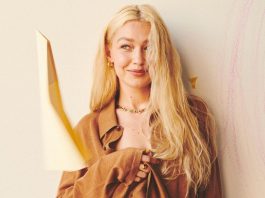 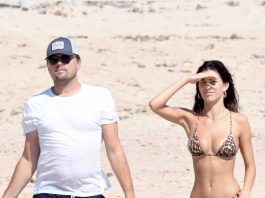