Two years after her pregnancy loss, Chrissy Teigen is finally opening up about what she refers to as a life-saving abortion.

On September 15, the Cravings author explained during Propper Daley’s “A Day of Unreasonable Conversation”, “Two years ago, when I was pregnant with Jack, John and my third child, I had to make a lot of difficult and heartbreaking decisions. It became very clear around halfway through that he would not survive, and that I wouldn’t either without any medical intervention.”

Chrissy added she didn’t realize then that what she had was a life-saving abortion until recently when the Supreme Court overturned Roe v. Wade.

She added, “Let’s just call it what it was: It was an abortion. An abortion to save my life for a baby that had absolutely no chance. And to be honest, I never, ever put that together until, actually, a few months ago.”

Chrissy and her husband, John Legend, have two children: Luna, 6, and Miles, 4. She added, “I fell silent, feeling weird that I hadn’t made sense of it that way. I told the world we had a miscarriage, the world agreed we had a miscarriage, all the headlines said it was a miscarriage. And I became really frustrated that I didn’t, in the first place, say what it was, and I felt silly that it had taken me over a year to actually understand that we had had an abortion.”

The couple shared about their pregnancy loss in September 2020 on Instagram. They wrote, “We were never able to stop the bleeding and give our baby the fluids he needed, despite bags and bags of blood transfusions. It just wasn’t enough.”

She added, “To our Jack—I’m so sorry that the first few moments of your life were met with so many complications, that we couldn’t give you the home you needed to survive. We will always love you.”

The Lip Sync Battle co-host and the singer announced recently that they’re expecting their rainbow baby. Chrissy shared a photo of her baby bump on Instagram and wrote, “Every appointment I’ve said to myself, ‘ok if it’s healthy today I’ll announce’ but then I breathe a sigh of relief to hear a heartbeat and decide I’m just too nervous still. I don’t think I’ll ever walk out of an appointment with more excitement than nerves but so far, everything is perfect and beautiful and I’m feeling hopeful and amazing.” 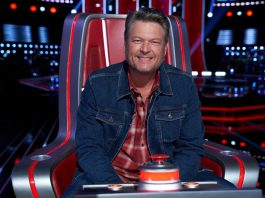 Blake Shelton to Leave The Voice After Next Season 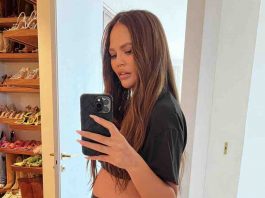 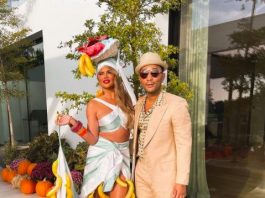 These Celebrity Families and Their Halloween Costumes are Winning the Internet