Selena Gomez and Hailey Bieber are moving on from the past.

The two celebrities were photographed together in public for the first time in what many refer to as a show of unity. The pics were taken four years after the model tied the knot with the singer’s ex-boyfriends, Justin Bieber. Two weeks ago, Hailey also had a tell-all interview where she addressed the criticisms she received regarding their relationship.

The pictures featured the two women smiling and sitting close to each other. The photos were taken by photographer Tyrell Hampton during the 2022 Academy Museum Gala last October 15. The star-studded event was the first one both have attended at the same time.

Tyrell took to his Instagram on October 16 to share of the pics he took of the two and Hailey liked his post. She also referred to the event as a “beautiful night” on her own page. More than half a million people also liked the said post and reacted positively.

Ava Philippe, daughter of Reese Witherspoon and her ex Ryan Philippe shared on her Instagram Story, “I’m not one to get wrapped up in celeb drama & at the end of the day, it’s really just a pic (& none of my business!) But it does make me smile to see these boss babes out there setting the record straight. Love + respect for you both!”

Hailey and Justin got married in 2018, months after he and Selena broke up. Many fans of the latter questioned the timing of the couple’s marriage and criticized their relationship. During the Call Her Daddy podcast on September 28, Hailey clarified that she wasn’t romantically involved with the pop star while he was still dating Selena.

She explained, “When him and I ever started like hooking up or like anything of that sort, he was not ever in a relationship ever, at any point. It’s not my character to mess with someone’s relationship.”

She continued, “A lot of the hate, and the perpetuation, comes from the misperception, ‘Oh, you stole him. It comes from the fact that they wished he had ended up with someone else and that’s fine. You can wish that all you want but that’s just not the case.”

Hailey also revealed that she had talked to Selena since she tied the knot with the Grammy winner, adding, “There’s no drama, personally.”

After the podcast was released, Selena herself made a live TikTok video where she said that “some of the things that I don’t even need to be aware of are just vile and disgusting, and it’s not fair, and no one, ever, should be spoken to in the manner that I’ve seen.”

“No one should ever be spoken to in the manner that I’ve seen,” Selena said, adding, “If you support Rare, I cannot thank you enough, but know that you are also representing what it means—and that is: Words matter. Truly matter.” 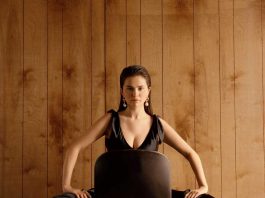 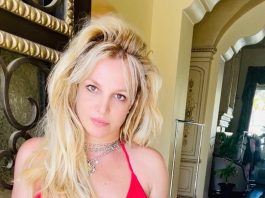 Why Did Britney Spears Attack Selena Gomez Over Her 2016 AMA... 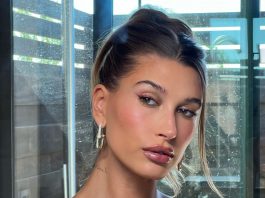