Page Six exclusively learned that the supermodel purchased a five-bedroom mansion on a 6,600 square feet property that includes an almost direct view of the athlete’s mansion on Indian Creek Island, which is still under construction.

According to the outlet, Bündchen first viewed the mansion on August 16 and later closed on it on October 6.

A source told Page Six, “Gisele was actively looking at homes in Miami Beach even before Tom took his break from the NFL, which indicates that she was already done with the marriage and moving on.”

“You could literally swim from Gisele’s place to Tom’s — not that they would — but both homes will include a dock, so it would be very easy for them to co-parent their children while living so close to each other,” the source added.

The ex-couple has joint custody of their children, Benjamin, 12, and Vivian, 9. They filed for divorce on October 28.

Bündchen’s mansion is situated on a waterfront plot of 18, 400 square feet and boasts of 25-foot ceilings. Based on the listing, it also included several terraces and views of Indian Creek Island. It also comes with five bedrooms and seven bathrooms.

Moreover, the property is on a private cul-de-sac and features a huge outdoor swimming pool, office, gym, home theater, and kitchen leading to a patio. As for the master bedroom, it’s found on the ground floor with his-and-hers baths.

On the other hand, the 45-year-old Buccaneers star is keeping their property on Indian Creek Island. The area, also known as Billionaire Bunker, is known for its wealthy residents. The former couple bought the property in 2020 for $17 million. It had a 5,772 square feet home which they had demolished to make way for an eco-friendly mansion. It’s still under construction.

Bündchen will have her Surfside mansion renovated to make it more eco-friendly. She also bought another property last month in the Surfside area for $1.25 million. The house has three bedrooms and three bathrooms and close to her newly purchased mansion. 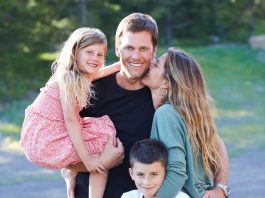 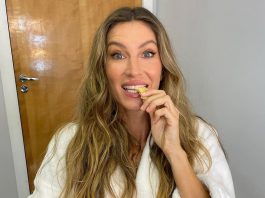 Gisele Bündchen is Fine Amid Divorce from Tom Brady