Shanna Moakler shaded Khloe Kardashian by accusing her of undergoing plastic surgery after fans compared them.

The 47-year-old shared a photo of herself on Instagram in a sexy photo shoot where she’s wearing a matching yellow lingerie. For her pose, she held her hands over her head and pursed her lips.

An Instagram user commented, “Girl Khloe got the same face😌.” The former Miss USA replied, “I think her surgery came out beautiful!”

Soon other social media users started pointing out their similarities. However, Moakler shaded the reality star even more by commenting to another user, “khloe doesn’t even look like khloe what are you people smoking lol.”

Many fans noticed how her denials appeared shadier, especially since her ex-husband Travis Barker is married to Kourtney Kardashian, Khloe’s sister.

Moakler posted her sexy solo pic to celebrate her weight loss journey. She has lost 20 pounds and according to her, she must lose 10 more pounds before reaching her “fitness goal.” She’s been open about undergoing surgery and using traditional health and wellness routines to stay in shape.

The former Playboy Playmate underwent a mommy makeover in October 2018, which included a mini tummy tuck, which she dubbed as the “best thing I ever did.” Further, she’s had cellulite removal, butt enhancement, and liposuction at the same time as reported by Inside Edition.

Six months after undergoing surgery, she shared on Instagram, “I am so thankful and so happy with my results. It was to fix my tummy muscles! I finally feel confident in a bikini again.”

As for Kardashian, she claimed she only had “one nose job” despite the plastic surgery accusations thrown at her all these years.

During the “Not Skinny But Not Fat” podcast by Amanda Hirsch in May, she said, “It did use to bother me when people were [saying] I’ve had 12 face transplants. I’m like, ‘Oh, my God, I have?’ I was like, ‘That’s crazy.’”

The reality star said the accusations bothered her and at the same time “offended” her.

She explained, “I just couldn’t figure out why people thought that. I’ve had one nose job that I love. Like, I want everyone to know. … I don’t care to lie about it.”

During the “Keeping Up With the Kardashians” reunion in June 2021, the Good American co-founder told host Andy Cohen, “Everybody gets so upset, like, why don’t I talk about it? Nobody’s ever asked me. You’re the first person in an interview that’s ever asked me about my nose. I’ve done, sure, injections — not really Botox. I’ve responded poorly to Botox.” 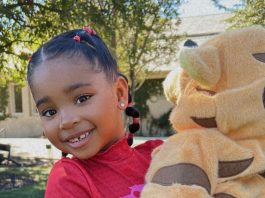 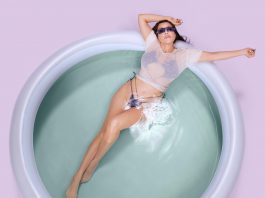 Kourtney Kardashian Embraces New Changes to Her Body After IVF