Although Janice Dickenson is credited with creating the word “supermodel” in 1979, the identity of the first supermodel is still up for question. The first supermodels in the world were Gia Carangi (1970), Jean Shrimpton (1960), and Lisa Fonssagrives (1930).

Since then, the industry kept growing. A lot more models earned more fame and popularity to rise to the rank of supermodels.

These are the highest-paid supermodels as of 2022:

One of the first Asian models to rule the fashion business was the Chinese model Liu Wen. The New York Times referred to Wen as “China’s first real supermodel” in 2016.

The model has walked for some of the biggest names in fashion since her debut, including Chanel, Tom Ford, and Jean Paul Gaultier.

Joan Smalls goes down in history as the first ever Latina model for Estée Lauder. She has held a very high position among the highest-paid models ever since.

In addition to appearing in some of the largest runway events, Smalls has been in many prominent music videos during her career. The Puerto Rican model joined Beyoncé in the music video for “Yoncé” in 2013.

The fashion business has been overtaken by the Hadid sisters. Bella Hadid has elevated to its girl status. Hadid has established herself as one of the top models to watch and the face of several high-end companies thanks to her elegant runway walk and casual street style.

Gigi Hadid has become a household name since she launched her career as a model, She’s considered the queen of runway presentation, having graced fashion ads and editorial covers around the world. The 27-year-old model even collaborated with Frankie’s Bikinis to develop a bikini collection earlier this year.

Adriana Lima will always be remembered as one of the most popular Victoria’s Secret Angels. She’s a regular in fashion ads and continues to be a popular choice despite the emergence of younger models in the industry.

Cara Delevigne is accustomed to being in the spotlight. Although Delevigne began her career as a model, the British socialite has gradually established herself as an actor. In addition to appearing in the films Paper Towns and Suicide Squad, Delevigne most recently appeared as a guest star on the popular show Only Murders in the Building.

Rosie Huntington-Whiteley has earned millions as a model. However, she decided to leave the runway and started running several businesses. She also entered the world of showbiz by appearing in movies including Transformers: Dark of the Moon.

Since leaving, she has launched several businesses and racked up many acting roles in action movies including Transformers: Dark of the Moon.

One of the top supermodels in the world is Gisele Bündchen. The supermodel is still among the top earners in the industry even though she has retired from the catwalk. Along with a long list of entrepreneurial endeavors, Bündchen has also racked up several acting credits over the years.

The supermodel portrayed the head of a bunch of bank robbers in the classic fashion-forward movies Taxi and The Devil Wears Prada.

The title of the highest-paid model in the world, which Kendall Jenner initially attained in 2018, has remained with her for the past four years.

The model is earning a lot from appearing on their family’s reality show, The Kardashians, too. From walking runways to gracing fashion ads, she’s undoubtedly one of the most sought-after models of her generation. Moreover, she has launched her own tequila company, 818 Tequila. 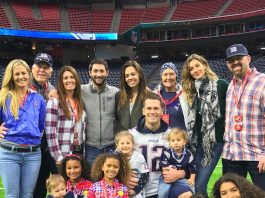 Tom Brady is Retiring for Good 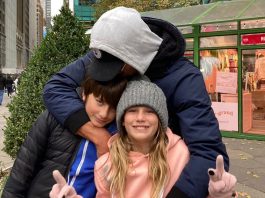 Here’s How Tom Brady Feels About Not Spending Christmas Eve with... 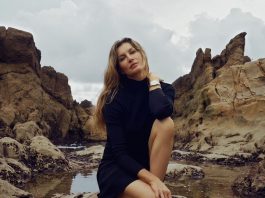