Kylie Jenner has finally revealed the name of her and Travis Scott’s baby boy.

The couple initially named their son Wolf Webster before deciding on changing his moniker. The KYLIE cosmetics founder and the rapper introduce the name of their son…Aire Webster.

The reality star took to Instagram on January 21 to announce his name and share photos of him. The pics included a snap of the makeup mogul holding the boy on her hip and one of Aire sitting on a couch with a beanie. There’s also a photo of him in his highchair.

Many immediately took to the comments section including his grandma, Kris Jenner, who wrote, “I love you Aire Webster.”

So why did she change Wolf’s name to Aire? The Kardashians star explained on Instagram post last March 21, “FYI our sons [sic] name isn’t Wolf anymore. We just really didn’t feel like it was him. Just wanted to share because I keep seeing Wolf everywhere.”

Kylie, 25, and Travis, 31, already share four-year-old daughter Stormi Webster before welcoming Aire on February 2. The couple shared a YouTube video on March 21 where they gave fans a glimpse of their preparations before Aire was born. The video included parts of their pregnancy announcement and Kylie’s baby shower. They also gave a look at their nursery and some adorable moments with Stormi. Further, Kris and Kylie’s sisters Kourtney Kardashian, Khloe Kardashian, Kim Kardashian, and Kendall Jenner were also featured as they gave their sweet messages.

Kris delivered a message during the baby shower where she said, “I just want to say thank you for everybody who’s been on this journey with Kylie and Travis and Stormi because it’s been an amazing time and you’re the best mom in the world.”

The video, “To Our Son,” lasted for almost 10 minutes. It also featured the audio from the moment that the couple saw Aire for the first time.

Kylie has kept her followers updated about her pregnancy and post pregnancy journey. She talked with them about how postpartum hasn’t been easy, saying that it has been a little harder this time around compared to when she gave birth to her first born.

She shared a video posted on March 15, “It’s not easy mentally, physically, spiritually. It’s just crazy and, yeah, I didn’t want to just get back to life without saying that because…for other moms going through it right now, we can go on the internet, and it might look a lot easier for other people, and, like, put the pressure on us, but it hasn’t been easy for me.”

She assured her followers, “It’s OK, not to be OK. I was putting some pressure on myself and I just keep reminding myself I made a whole human—a beautiful, healthy boy.”

Kylie added, “And we have to stop putting pressure on ourselves to be back—not even physically, just mentally—after birth.” 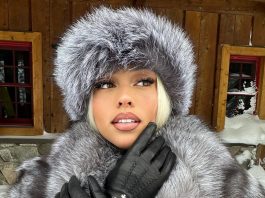 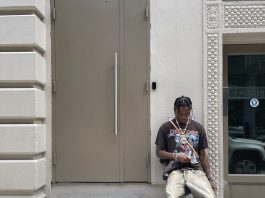