The reality TV star and socialite uploaded a picture of herself with boyfriend, Carter Reum, looking very much in love and smiling at each other. But what made it even more romantic is the backdrop of their photo which looked like a Disney castle. Over-all, it was like their photo was taken straight out of a fairytale.

Meanwhile, Paris captioned the photo with these magical words, “And they lived happily ever after.”

The Instagram post reaped numerous comments from fans with one asking if they were engaged. Another commented, “Yesss! Think he’s the one boo! Wedding bells. I’m so happy you got hitched.” A user also asked, “Did you get married?”

Not all her followers assumed that the couple had taken the next step in their relationship but some said how much they admire them. A user commented, “I’ve never been happier for anyone else. You deserve the world, angel. Love you so much.”

The two are very much committed to each other. During their anniversary last month, Paris wrote, “Happy Anniversary my love! I feel like the luckiest girl in the world because I have you. You opened my heart in ways I didn’t existed. You are the most extraordinary person I’ve ever met. You transformed my life in so many ways. I never thought it was possible to have this much love for someone.”

She went on to write, “I will never forget our first kiss. When we are together I feel like we are in our own world and everything disappears around us and it’s only you and me. You are everything I have dreamed about and perfect for me in every single way. You showed me what true love is, you were that one missing piece of the puzzle.”

She also thanked Carter by writing, “Thank you for filling my heart with so much love. We make each other whole. We are One. We are the perfect match. You are both my boyfriend and best friend in one and I cannot even express how grateful I am for you. I love you so much and I am so excited for our future together!” 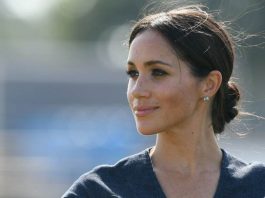 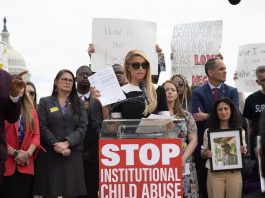 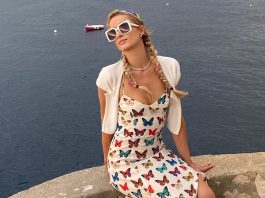 Paris Hilton Hilariously Reacts to “Robber” Who Stole Her Sunglasses 15...